I have almost finished posting about my trip up to NSW. One post remains, BREAKFAST. Because we stayed in a motel and didn't find out about the free breakfast until the second last day we ate cup noodles for breakfast on most days. 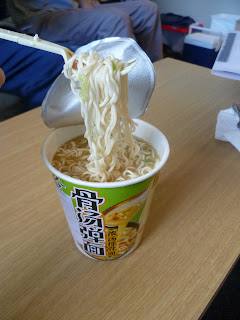 Didn't really like this one. In particular the noodles, could taste the chemicals and crap they put into it. 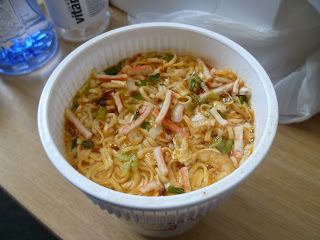 Nissin Tom Yum Flavour
One of my favourites. Spicy and sour. I love the Nissin cup noodle noodles. The texture is so springy but noodle tasting. I have no idea why I love the noodles so much. 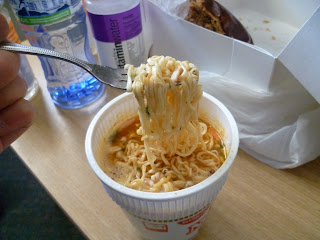 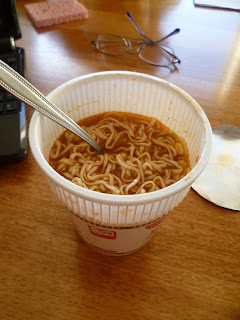 Nissin Chilli Crab Flavour
Didn't like this one. Too rich. Sorry it's half eaten 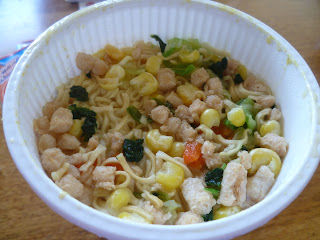 Nissin Chicken Flavour
I love the spongey "chicken" pieces. Whatever they are the texture is pretty unique. Clean brothy flavour.
However I think my favourite flavour would be Spicy Seafood. I didn't get a picture of that one but it's pretty spicy with a lighter soup than the others. Wouldn't mind one right now.
On the way home from sydney we stopped at some random town for dinner. Ended up at this bistro and the food was surprisingly good and cheap. 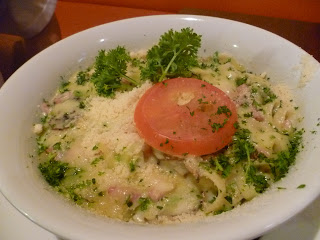 Fettecuine Carbonara <$15
The bowl was packed and it was about as high as a standard cup. Even my brother struggled to finish it. 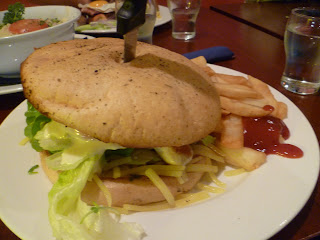 Grilled Chicken and Avocado Sandwich $12 or something similar
I was still really full from lunch so I felt like something light. I asked the lady whether I could change my chips to salad when I was ordering and she said no. In hindsight I should have just told her no chips. Who knew a sandwich would turn out to be the biggest burger "sandwich" I've ever attempted to eat. Yes that burger was the size of my brothers pasta bowl! I was completely shocked. Inside was two pieces of grilled chicken, half an avo, cheese, lettuce, tomato, beetroot, sprouts and mayo. Even the bread was toasted and soft on the inside. It was soooo delicious but I was soo full after eating half the burger and a few chips. Therefore I just ate all the insides of my burger and left the bread and chips. I felt bad because I didn't want the people to think that the bread and chips were bad because both were actually really good but my stomach just said no. 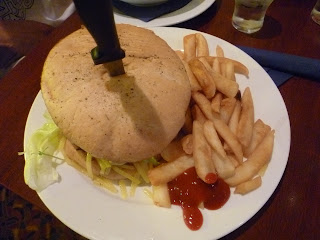 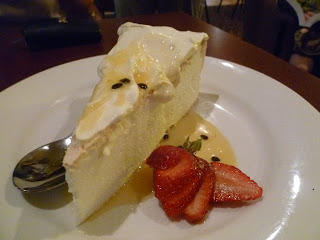 They also had a really light pavlova. Don't worry we shared that between 6 people, that's how stuffed we were.
Probably definitely come back again if we drive past. I can't remember the name of the town though, I'm sure my dad does.
Posted by teenagefoodie at 6:24 PM