This place is a franchise but don't put off by it. We went to the one up north. Although the address says 11 Talavera it is actually on the corner...I don't how that works but it's just the way it is. So when you turn into the street it's on the left straightaway, don't drive too fast otherwise you'll miss it. 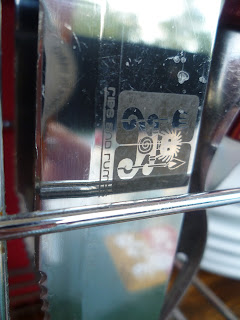 Even their cutlery has their logo on it. Those knives were epic, the blade was really wide. 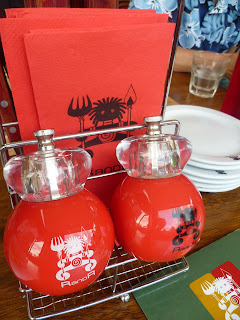 And so were the napkins and salt and pepper shaker/mills 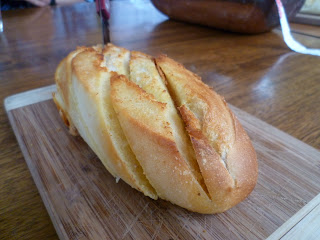 Garlic Bread
Crunchy on the outside, soft on the inside. Not too strong in garlic flavour but definitely there. Served on a wooden board. 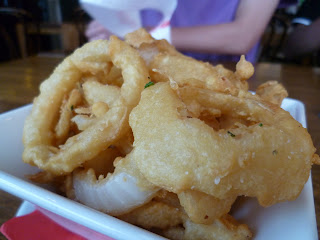 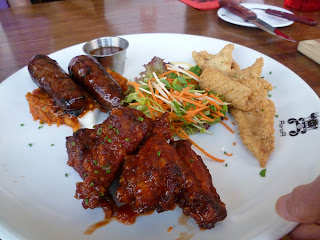 Entree Platter for Two $29.95
And there were 5 chicken wings???? How does that work? The chicken wings were mediocre, I was expecting it to be spicier. The calarmari was average as well but the homemade sweet chilli sauce was good. The sausages were better than the ones you get a supermarkets but still not outstanding. 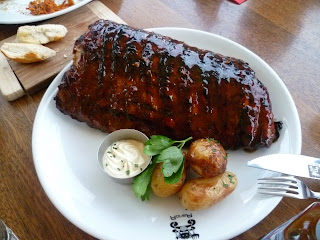 Full rack of beef ribs I think $36.95
It was soft and the sauce was sticky but the marinade didn't really get into the meat. I was expecting POW in the face type of flavour but I didn't get it. =[ 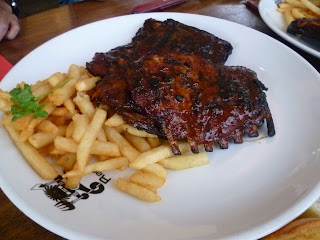 Full rack of lamb ribs $36.95
My favourite for the night because the lamb actually had some flavour even if it was just lamb flavour. 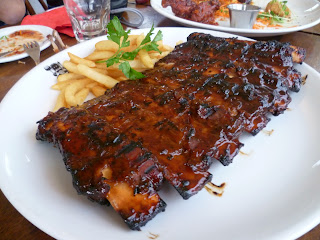 Full rack of pork ribs $44.95
(might have pork and beef mixed up)
Once again just a sticky glaze and soft meat but not much flavour.
It was a good experience but I'm not really a ribs fan, expecially when it involves this much meat.
Food: 7/10 Could do with more flavour
Service/Environment: 9/10 We sat outside and it was really nice. Inside was very clean and modern as well. Service was good, no complaints.
Value: 8/10 Ribs are worth it, everything else probably isn't.
Verdict? Still not a ribs fan. Too much meat!! 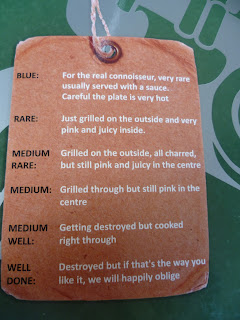 Haha, my thoughts exactly for well done.
Posted by teenagefoodie at 5:06 PM