Dad took us to Hurstville on New Years Day because I guess some asians don't take New Years off and therefore we could find some food to eat. After walking around checking out different places in Hurstville we decided on this place because we could not be bothered trying to find another place in the heat. We obviously chose the wrong place as the air con was a little screwed here =.="
We saw another table eating really yummy looking crab so we assumed that crab was on special but it turns out that the crab was $40 something dollars a pound!!! I thought I heard wrong due to my poor mandarin skills so we asked another waitress who spoke cantonese and confirmed it was $40 something dollars. That's like more epensive than lobster (at the time). 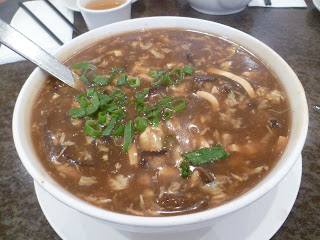 Hot and Sour Soup Medium $9.80
There was enough for 6-8 bowls. This soup was really deceptive. First few mouthfuls it just tastes sour but after a few more your throat is burning from the chilli. The broth was not too rich which let the other ingredients be tasted. I found the soup the perfect consistency. Really yummy, only problem that it's not the best choice for a hot summers day. 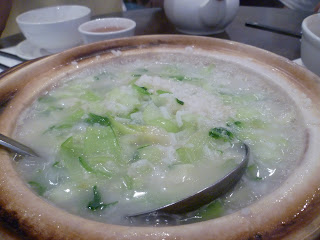 Seafood and Chinese Green Vegetable Rice Porridge $14.80
Parents were delighted to see they offered 泡饭 (special kind of rice porridge) as they haven't had it since coming to Australia. It is not congee, it's rice and stock separate. The stock was amazing, sooo rich (with some MSG). But I really liked this, the kind of food you want to eat when you're under the weather. 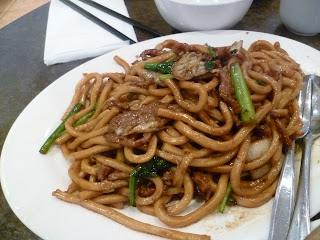 Shanghai Style Chow Mei $7.80
Probably one of the cheaper shanghai noodles around but not the best unfortunately. Too oily and where's the cabbage? 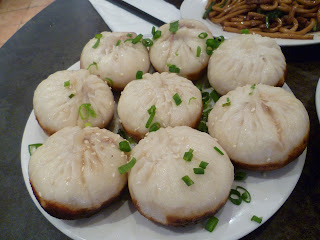 Pan Fried Pork Buns $8.80 for 8
Unfortunately burnt on the bottom and extremely filling. Not the best I've had. I don't think their meat here is very fresh which is a let down.
Food: 7.5/10 Hot and Soup and rice porridge was good, the rest was a let down. I'm sure the crab tastes nice.
Service/Environment: 7/10 Typical asian service, more smiles please. Thank god the menu had a picture for every dish which made it easy to just point and order.
Value: 7.5/10 Yes it's cheap, you get what you pay for.
Verdict? Sooooo many places in Hurstville, if I was in the area again I'd try out a different place. Saw a place with a 4 person set menu for $118 with LOBSTER, SCALLOPS,  FISH and other dishes. Except we weren't that hungry. Hurstville=cheap asian food =D

Posted by teenagefoodie at 11:16 PM