Booked a table for 8pm at around 6pm on Friday night. Chose this place because of their special "If your birthday is in August, get a free oyster for you and your friends/family". And hoped that we could get 2 oysters each for free since both my dad and I are born in August but its only one birthday person per table.

Ordered the "live fish" set. You can't choose the dishes, they are already set. Can't exactly remember the names of dishes so I will describe them instead. 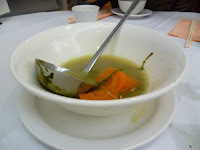 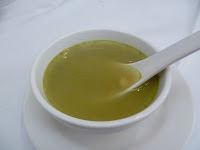 Complimentary Soup
This came literally straight after we ordered. The lady scooped it in around 10-20 seconds before attending other tables. Typical complimentary soup. I believe it was dried vegetable/cai, carrot and pork soup. And probably some added flavour enhancer/msg. 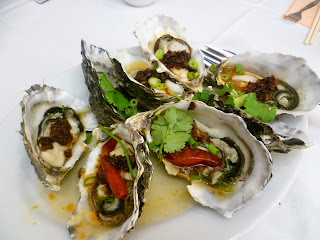 XO Oysters
Yes only 4 were free. That's how they make money from this offer. Most people don't just get one oyster each, they want at least 2 and therefore buy more for $2.50 each 0.0 Initially ordered 4 XO chilli ones and 4 spring onion and ginger ones but when they came it was 8 XO Chilli ones with spring onion on top. Not sure what went wrong but we didn't bother asking, they looked so yummy. The oysters were massive, though not strongly flavoured the XO sauce really helped. Though I feel a better quality XO sauce would have been better. The oysters were just undercooked which is fine because it retained its creamy squishy part. And the second all the oysters were taken and eaten from the plate, a waiter had come along and collected the empty dish. It was amazing. 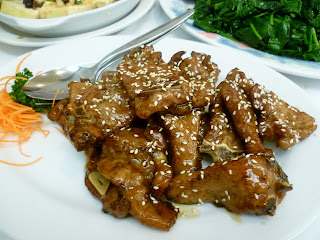 Lemon Grass Pork Chops?
Like most Cantonese cuisine you find in restaurants now, the pork had been deep fried before being put into a sauce, but no batter. The sauce lacked lemongrass flavour and had lots of honey in it. Don't think I've ever tried a dish like this before. Also they could have used cleaner oil as there were little specks of the stuff that sinks into the oil all over the pork. I guess we went later in the night and they've been frying all day long so the oil couldn't have been cleaned. 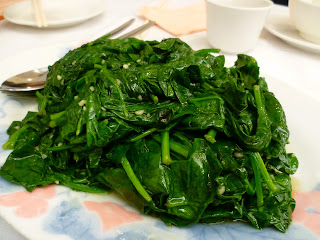 Stir Fried Garlic Baby Spinach
Didn't expect this much spinach. It was really packed onto the plate. It was a little too oily that ever leaf was shiny. The garlic could have been a little stronger, otherwise it was a fine dish. Can't really go wrong with asian vegies. 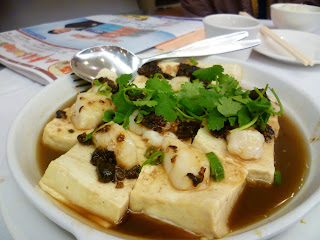 Scallops on Tofu
Not a fan of tofu, especially when its super big to minimise the amount of scallops required. The tofu was bland and you had to cut it down the middle and pour the sauce into it. The scallops were typical chinese restaurant ones...if you get what I mean. Something out of a packet possibly. Still had some scallop taste to it. 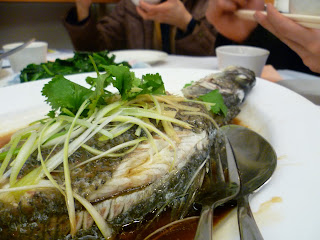 Steamed Live Barramundi
I love fish, especially when it's steamed asian style. The flesh was soft and just cooked. Good flavour and was really delicate. Sooooo delicious yet simple. 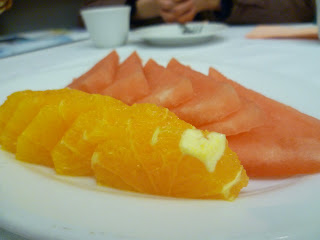 Fruit platter
Seriously it's very hard to make fruit platter look good. Straight of the fridge to you fruit platter. Wafer thin slices of watermelon and orange. Both sweet. 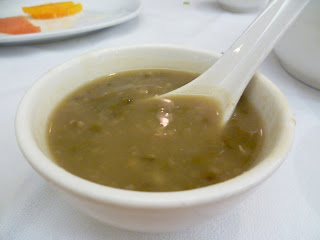 Sweet soup-mung bean?
Not a fan of warm sweet soups, I like cold ones. This wasn't too bad, typical honkie style.


Food: 7/10 Nothing spectacular, everything was average and expected.
Service: 8/10 Quite impressed. Don't expect to chat to your waiter. This place is to the point, and done asap.  Tea pots are refilled before you know it. Dishes come quickly and go just as fast. Amazed at how quick everything was done with only 4 waiters for the entire restaurant.
Environment: 7/10 Once again, a typical chinese restaurant. Don't expect sparkling dishes. Or quite surroundings.
Verdict? If I was in a hurry or if it was late at night I would come since they have a different menu past a certain time of night. However only if I was in the neighbourhood. There are other places closer to home with similar food. Sat down at 8pm, finished dinner just after 9. Impressive.
Posted by teenagefoodie at 10:26 AM