It's almost Easter so this year mum decided she wanted to make hot cross buns. I know it's a week early but she was too eager to try out the recipe in the food liftout in Tuesday's Herald Sun.

She woke up earlier than me (i probably woke up earlier just that I was on my laptop in bed) and decided to make it before I got downstairs. So pretty much I only helped her knead it and roll them into balls. 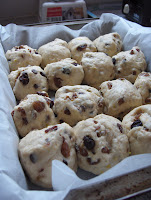 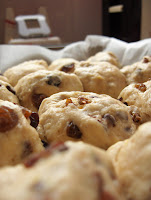 Before they went into the oven. 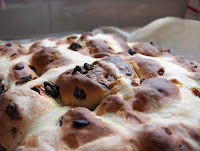 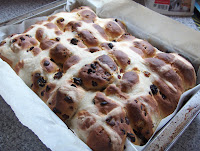 After they came out. Looks like a slab of fruit bread XD
Hopefully they taste nice =)
Posted by teenagefoodie at 2:09 PM